I have another passion other than the Amiga computer, and that is the Amstrad CPC. Our parents bought us an Amtrad CPC 464 colour computer for Christmas in 1986 or 87, and it was our first proper computer. We had a ZX81 before that, but there was very little we could do on it at that time. Those were the days when computers didn't control your life. You turned them on when you wanted to play a game, and you turned them off when you were finished. Life seemed a lot simpler back then!

The Amstrad was also a programmer's computer. You turned it on and immediately you were at the BASIC screen. The manual was chock-full of program code, just waiting to be typed in and experimented with. The only limit was your imagination! It also was not like computers nowadays, with so many different programming languages and confusing commands. The CPC was easy to understand.

I typed in lots of example programs from the manual and from the Amstrad magazines, but as I was just a child at the time, I really didn't have enough understanding to make a good game. I did create a font on the CPC, painstakingly drawn out on graph paper beforehand, and then calculated each byte by hand. I also tried creating a game in BASIC, but found it was far too slow to do what I had in mind. It was just after the first Gulf War, so I decided to make a game called Operation Desert Storm, which included my custom font and F4E Phantom sprite.

A few years ago I thought it would be really great to learn to program in Z80 assembly. I was always amazed at assembly programs, how clever they were and how fast. I thought, it is bound to be a lot easier than today's programming languages, after all the CPC is a simpler machine. And I started to really enjoy it! So I decided to try and make a game in Z80 assembler. It is called Mimo's Quest. I was always fascinated by games that used procedural generation to build their worlds, so that is what I have used in Mimo's Quest. The game is not finished yet, as I just work on it when I feel like it. But I enjoy it, and have written a document about my progress. You can also download it to test it on an emulator.

This source code is provided here for those wanting to learn assembly language on the Amstrad or to see how the game works and maybe develop adventures themselves!
This game is very much in the alpha stage! There are still lots of things still needing to be done before it will be fully playable!

Synopsis
Mimo has wandered away from his island home and gotten lost. Guide Mimo across strange islands and undertake various quests in order to help him on his journey back home. 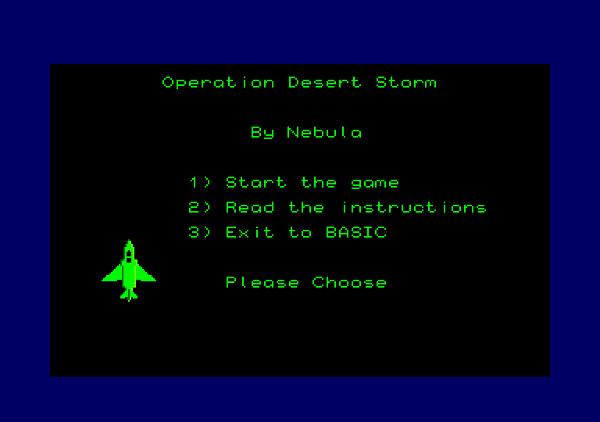 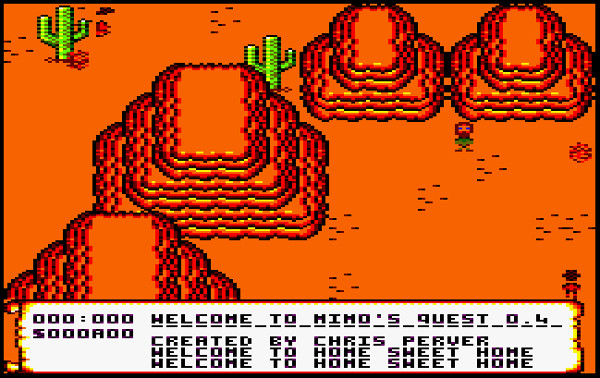