Well what's there to say? Just for those who are nosey, and to make this page a bit more interesting, here's a bit about myself.

I am 39 years old, and I live in Bangor, Northern Ireland. I've been into computers since about the age of 6, when my sister and I got an Amstrad CPC 464 for Christmas. I got my first Amiga in the early 1990's. Me and my chum down the road, Francis Doherty, used to play on each others computers, he got a Spectrum 48k the same year we got the Amstrad. Years later, after getting a Sega Mastersystem (I got a Megadrive!), he saved up his money and bought an Amiga 500+ (Selling for around Ł399 then!). I couldn't believe my eyes when he booted it up with Lemmings. The graphics and sound were fantastic, and no more waiting 15 minutes just to load a game. I was hooked, and a few years later I ended up swapping my SNES for an Amiga 500. Since then I have had a 1200, a second hand Amiga 600, and a 3000, and a lot of very happy memories!

I was saved at the age of 4 years old, on the 14th of January, 1985, raised in a Christian home, I knew that if I didn't trust Christ, I would be left behind when Jesus came to bring the Christians home to heaven. I remember nights when I would listen just to hear if everyone was still there. And another time when nobody was in the house, and I started to panic thinking the Lord had come and I was left behind. One day when I was drawing at the dining room table with my sister, she asked me if I wanted to be saved, and I said yes. She told me to pray that I was a sinner and ask God to forgive me and Jesus to come into my heart, which I did, and I felt changed inside, and knew God had saved me.

I attended Rathmore Primary School, Bangor, which again, I have many happy memories of. After getting a 2 in the 11+ examination, I was able to go to the school of my choice, Campbell College, Belfast. Although I enjoyed it very much, I dropped out in 4th form due to the pressures from mental bullying. I did enjoy the work very much, and anyone who has been to Campbell will know the surroundings couldn't be better, but I thought I would do better if there were no pupils there. One teacher also made things particularly difficult for me, through no fault of my own, I just wasn't any good at her subject. I actually started writing EvenMore just before this time, and continued writing it while off school, and also looking after my mum who was very bad with arthritis. I still remember the first time EvenMore was published on an Amiga magazine (pictured), I was over the moon!

After I was legally allowed to leave school (with no qualifications to my name), I fell seriously ill with a skin disease, eczema. I didn't tell anyone I had a problem with my skin until months later, and by that time most of my body was covered with it. I won't go into details because it is so personal and it probably wouldn't benefit anyone but me, but I will say this, that I believed my life was over, and if I wasn't a Christian, I felt I would have committed suicide. Not because I was so ill, but probably depression had more to do with that, I think that's the only reason why anyone would want to end their life, the rest is just excuses. But I felt God with me in the midst of my problems, and by God's grace, things have changed completely. God used this time to show me how valuable my health was, and to start living for God as that is all that matters. I remember thinking when I wasn't well, that when I recover, I will have to get back to going to the meetings in the gospel hall, because before I had been slipping away, and wasn't much of a Christian.

God had plans. Because of my mum's arthritis, we needed a bungalow, as mum wasn't able to get up and down the stairs. This was another miracle. Our next door neighbours house sold within a week when it went up for sale, but ours took a year! But it didn't sell until I was well enough to move, and when we got the new house, we got everything with it, carpets, microwave, dishwasher, everything for free, all we had to do was move our furniture in. I started attending a Chinese Doctor in Bangor to help sort out the remainder of my skin problems, and I know if it hadn't been for that, I would have got worse again very quickly.

I didn't do anything work wise. But one day, when some of my friends and I were going up to gospel meetings in Belfast, we were talking about work. My friend Billy was working as a dish washer at the time, and Roy asked me what I would want to do if I got a job (Roy was praying for me to get a job). I said I didn't know. He asked me if I would like work on computers, and I said I didn't know, I worked at them as a hobby, I wasn't sure if I would like doing it for a job. A couple of days later, my uncle came to my house. He worked in Discount Windows, and asked me if I would like working at computers for a job. I said I didn't know again. He said his firm was looking for people who work with computers (They had just lost 3 IT Technicians at the same time!), and if I would be interested. I can't remember what I said, but I didn't think much about it. Later, Desi, my uncle, phoned up asking me what I knew about several things about PC's and networks, none of which I knew anything about because I worked on Amigas all the time, and that's what I told him. But I said in my heart, if God wants me to get that job, He could give it to me. Another couple of days later, and Desi phoned up saying the boss would like to see me for an interview! So on Saturday afternoon, Desi took me down to Belfast to meet Kieran, who after a few short words said, can you start on Monday? So that was answer to prayer, and a complete change of life regardless of circumstances! I have now been there 2 years and I still enjoy it just as much, if not more than when I started! A couple of years ago, God gave me a little motorbike (pictured) which I am very thankful for too, and I know it was God, because I couldn't care less about motorbikes 3 months before I got one, and had a fear of driving on dangerous roads :), now it takes me to the meetings every week!

Nowadays I work mainly on PC's, and using Cloanto's Amiga Forever package, I use WinUAE to continue developing EvenMore when I get time. And that's my life up to the present day. I get so much pleasure looking back on life, as I can see the Lord has been with me all the way, and I thank Him for that.

On the 6th of January I was involved in a very serious traffic accident while travelling to work. I believe the Lord preserved me through this difficult time. Here is a brief account of my experience. 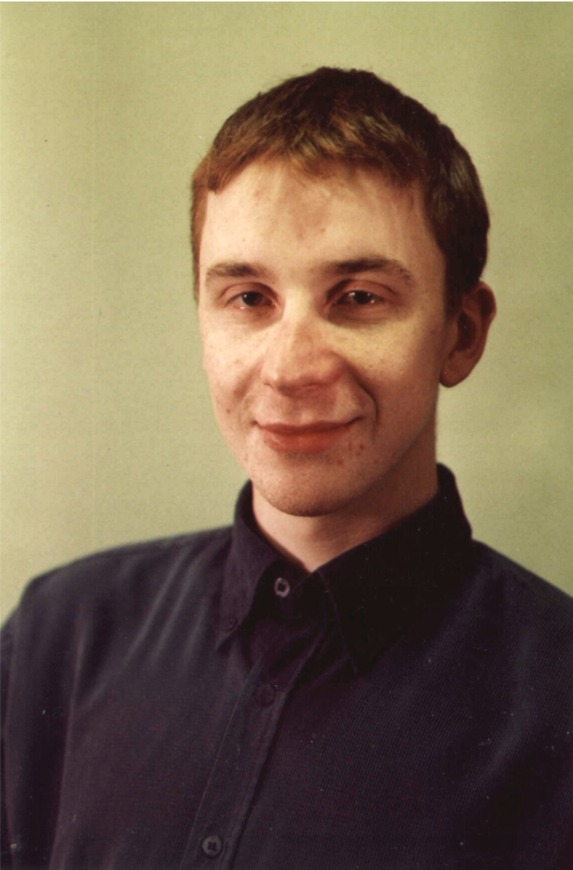 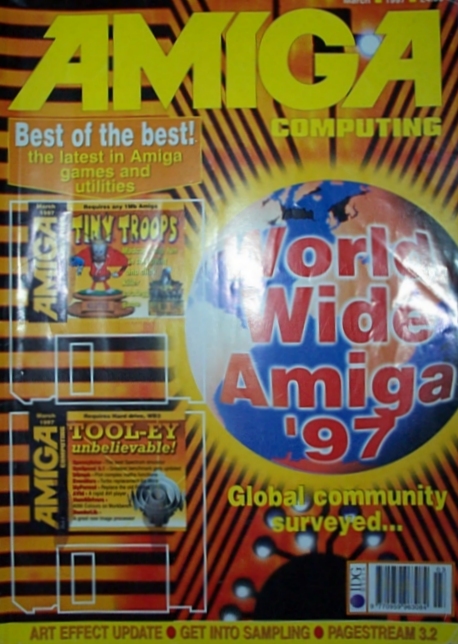